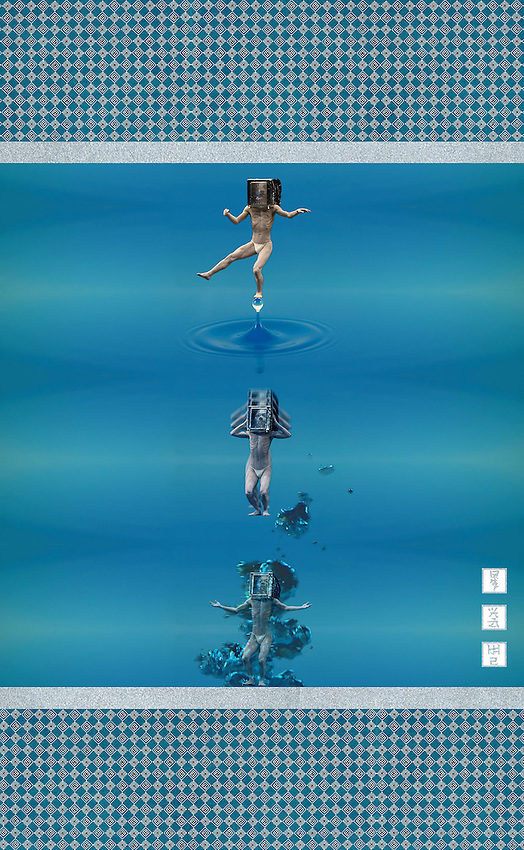 Butoh is a Japanese avant-garde performance art form developed after World War II in response to that catastrophic event. Since its inception, it has expanded from being dark and death-oriented, to being playful or emotionally charged.

Here, a Butoh dancer, at the 2009 Delphic Games, performs with a prop reminiscent of an antique sea diving helmet. This piece was created in tandem with the Japanese tsunami disaster of 2011. In addition, it was created to accompany a previous montage titled Dry Season.
Copyright © 2012 Stephanie Reid