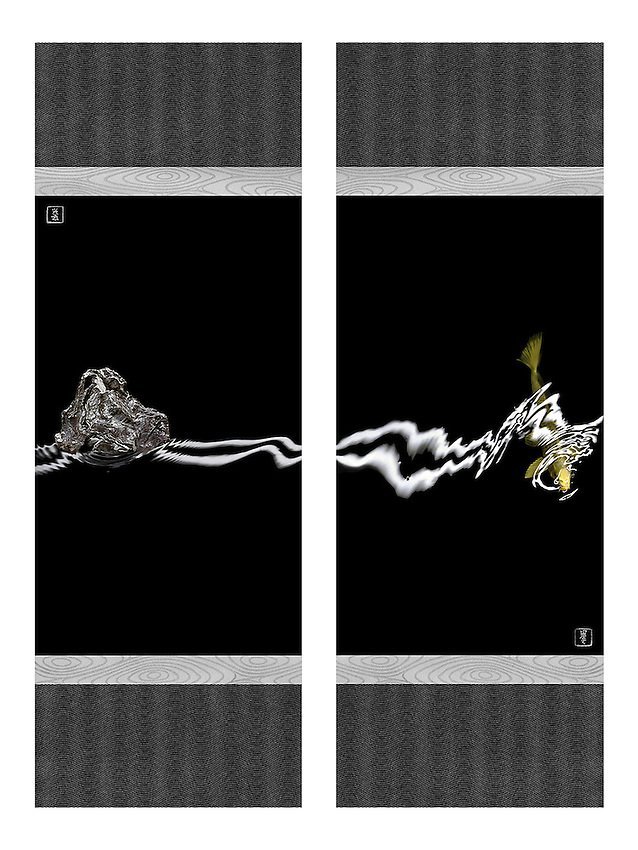 Suiseki
Rock at Shofukuji Temple (the birthplace of Zen Buddhism), Fukuoka, Japan.‘Suiseki’ means 'water stone' in Japanese. It also refers to the Japanese art form of creating a miniature landscapes in a tray of water or sand featuring a stone that resembles a land form, such as an island or mountain. In this case, a mountain with a waterfall tumbling down it's side. It was about 2 feet tall.

Light Ring
This koi image was the catalyst for the entire “Hidden Places” series because it required seeing beyond what was visible. A light reflection on the surface of the water seemed to be a brush stroke illustrating the movement of the fish. I took at least 100 photos in this fishpond before finally capturing what appeared to be a koi blowing a light ring.
Copyright © 2012 Stephanie Reid